published in Earthquake on February 10, 2019

When the earth quakes, churches wake

More than half a million people were affected by an earthquake which struck the PNG highlands in February 2018. One year on, find out how you helped almost 59,000 people recover from the disaster.

It is now one year since the devastating 7.5 earthquake hit the Highlands region of PNG.

More than half a million people in five provinces were affected, with 270,000 people needing immediate assistance.

Churches, including supported through ALWS, were among the first to respond. They joined an inter-agency team that flew into the worst-hit areas to plan our emergency action.

This of course meant children were in danger from water-borne diseases and diarrhoea.

In the face of such disaster, churches led the way.

Churches in Australia joined together in the CAN DO Network to support the church action in PNG. This led to $1.5 million from the Australian Government, and $906,000 from the New Zealand Government.

(This is extra to the $1 million the Australian Government provides this financial year through ALWS, and to the $77,000+ ALWS supporters donated after the earthquake!)

Almost 59,000 people are now being provided with safe water, sanitation, hygiene activities and shelter solutions, with the focus on those who faced the greatest danger.

Therefore, the practical work happened alongside counselling for victims of trauma.

Mr & Mrs Kuling, who you see in the photo, are community-based counsellors from Mendi.

Supported through ALWS, they offer compassion and care to families suffering from trauma and fear, and work with them on conflict resolution.

Working together to bring love to life

Churches have a unique role to play in PNG in disaster response.

Because they already serve in the most fragile and remote communities, they can quickly and directly reach those in most danger. What’s exciting is how the seven mainline churches in PNG, with strong work from the Lutheran Church, effectively joined together locally to build and lead the disaster response.

Priority was given to the most urgent cases, regardless of nationality, race, gender, religious belief, class or political opinion.

This has won real trust and respect in local communities, and also means governments like Australia’s and New Zealand’s can feel confident that delivering their aid through churches, including the Lutheran Church, is highly effective. 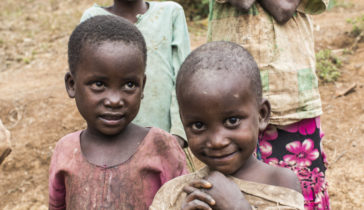 One of the things that can hold children back from school is...