YOUR ALWS ACTION IN ETHIOPIA

FROM THE FRONT-LINE TEAM DELIVERING YOUR AID

… but I lead the team taking your ALWS aid to war victims in Tigray in northern Ethiopia.

Sadly, it seems the world has moved on
from us in Ethiopia, and the danger is
the little children will be forgotten.

I’ve just come back from Mekelle, the capital of Tigray. Families fled here for safety – but have been living under a blockade more than six months.

The conflict has escalated, causing deaths, destruction and forcing another 250,000 people from their homes.

The major threat remains the drone strikes that have also killed civilians and humanitarian workers over the past three months.

The thing that strikes you are the number of mothers with babies and toddlers in back-carriers.

One young mother, Neguesti, told me how her family had fled when the troubles began. With four children, they made a 512 kilometres journey, with Neguesti 8 months pregnant.

The hardships of the journey meant she gave birth prematurely on the road.

Somehow, through God’s grace, little baby Tse’are survived … though when I met them, Neguesti told me she had no breast milk for her baby as she herself had no food to eat.

… and now the support people like you give through ALWS, and my team here at LWF deliver.

Again and again I see that children are the innocent and forgotten victims of war.

They have been exposed to the brutalities of armed conflict, faced starvation, been parched from thirst, and forced to flee multiple times.

Yet, despite the trauma they have suffered, somehow the children are resilient.

They bring smiles and fun and joy, even though there is tragedy unfolding all around them.

That’s the hope I hold onto as we work here in the hardest of places, where we feel so isolated and left behind by the world.

We face many challenges.

There is a communication blackout. Electricity goes on and off. There is no fuel, so people walk, or ride a bicycle if they are lucky enough to have one. Bank services have been closed, and people have not been paid for 8 months.

It is like a time warp throwing us back into the Dark Ages.

Women I meet tell me the things they miss most are the everyday things you and I take for granted – coffee, salt and our Ethiopian spice berbere.

It is heart-breaking to witness these pious, dignified and resilient women unable to receive us with their legendary grace and generosity as they do not have anything to eat themselves.

And yet they do not complain.

They remain faithful, entrusting their hope in Christ when other people in a similar crisis may be tempted to ask: Where is God?

Your kindness and love strengthen us to take your help where you are needed most by the little children, the innocent victims of adults’ war.

As the world focuses on the crisis in Ukraine, and works out the most effective way to take action in the midst of war …

… here at ALWS we also see victims of other wars, who are now in danger of being forgotten by the world.

Children and families are suffering exactly the same agony as you see on your TV screen as happening in Ukraine.

1.2 million people have been displaced by the war in northern Ethiopia, in Tigray.

One of the LWF team you support returned from the front line, and reported meeting a mother so starved, she could not produce breast milk for her baby.

ALWS has decided to immediately increase

You can see how precious your help is when you hear another story your LWF colleague shared.

She met a young couple so grateful for the support from ‘the Lutheran’, that they nick-named their new baby born in the heart of war as ‘Luther’.

ALWS has also recommitted your support for the girls and women of Afghanistan under threat from the Taliban.

You help those who have made it to safety in Pakistan, and those still in such great danger inside Afghanistan.

Through ALWS, you also work inside Myanmar, despite the challenges posed after the military coup one year ago.

Your emergency aid is being carried into the jungle by local church members … along tracks only locals know … in small quantities to spread the risk of loss should the military intercept them. 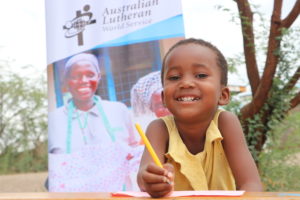 School is one of the most effective ways to help children recover from the trauma of war – they have a routine, they learn new things, they make friends, they have fun!

You can see the impact here at Kakuma Refugee Camp in Kenya.

Your ALWS work in these war zones, and for children who have found safety at Kakuma Refugee Camp in Kenya, is operating effectively and efficiently, bringing healing and hope.

You can take confidence from this for what you can do for victims of the crisis in Ukraine too. 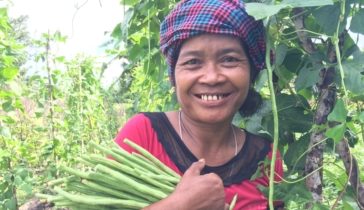