Floods have washed out our Lutheran HQ in Maban, South Sudan, and severely affected our work in schools. Find updated information about the crisis below, and how you can help.

Water started coming into Treza and Awad’s house – and that’s when her labor pains started.

Awad tried to find a way to get his wife to hospital, but the water was too deep and too dangerous.

So Treza had to give birth on the roadside.

Six community members ignored their own safety, and stayed to help Treza. 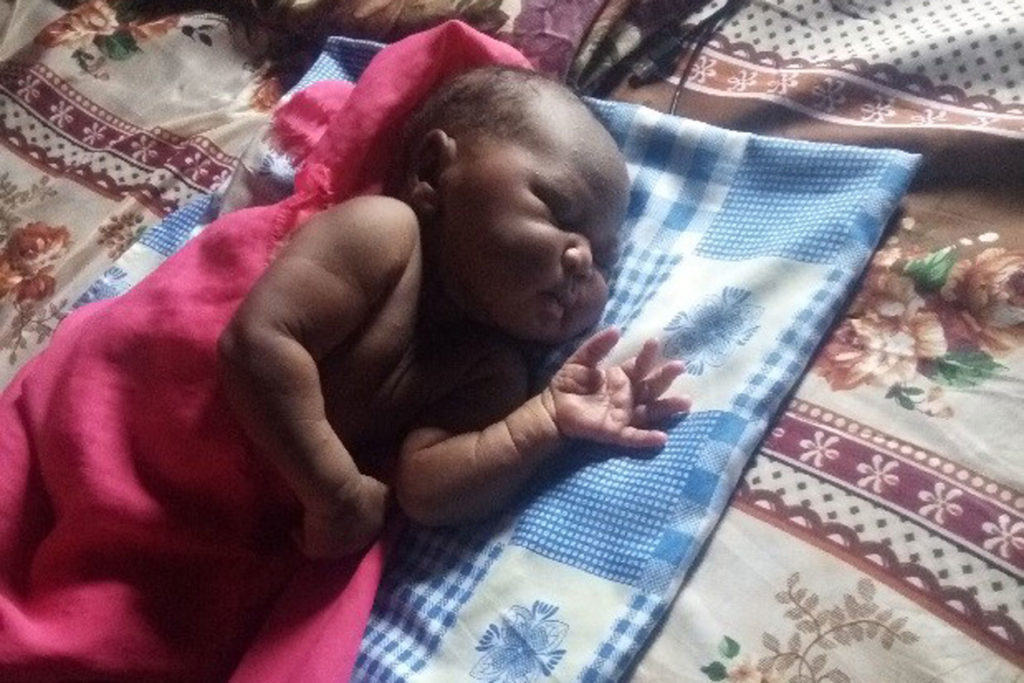 As flooding eases, the LWF team is returning to areas where it is safe. So far, 12 of our 34 staff are back, with the priority on teacher mentors. (We are only allowed 5 people on each UN flight into the affected area.)

To make sure children don’t miss out on education:

As children can return to school, there will be a strong focus on hygiene activities, to protect them from disease spread by dirty water.

ALWS has already committed $10,000 to the immediate response, on top of all the work you already do in South Sudan. If you would like to support this work, donate here.

As the bushfires blaze here in Australia, we hear stories on the news of volunteers who leave their own homes to fight the fires threatening others.

In South Sudan, the threat isn’t fire, but flood.

Yet the courage we see in South Sudan is the same as here in Australia.

That’s why we want you to meet Stephen. 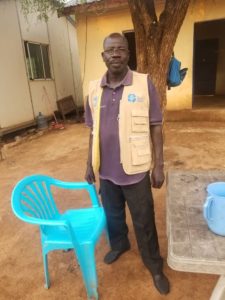 Stephen is a security guard for our LWF compound in Maban in South Sudan.

While Stephen’s own house was completely flooded and destroyed, he still decided to report to work.

He removed his clothes and passed through the deep flowing flood water to reach the LWF compound.

The LWF management staff in Maban had tears in their eyes when they saw Stephen coming to the office for duty in such a situation and immediately provided him with a meal.

That meal was prepared by another LWF hero you support – Elizabeth. 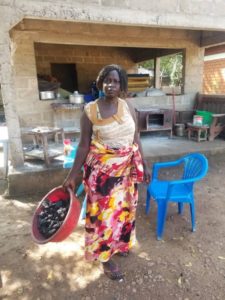 When the floods came, your team in the LWF compound worked frantically to save office equipment and their personal belongings.

As they did, Elizabeth calmly continued preparing meals for the staff. When Elizabeth was asked about her own home situation, she said:

“My children are right now swimming in the water and have no dry place to stay”.

Immediately, Elizabeth was requested to go home to look after her children. She was grateful, but ensured she had finished preparing the meals before she left, saying:

“At least now you will not sleep hungry.”

Thanks to people like you through ALWS, there are many people who also do not sleep hungry, and children who do not miss out on education.

If you want to support our ALWS response to the flood crisis in Maban, and other vital work in South Sudan, simply donate here. Thank you!

A story to inspire you from the LWF team you support in South Sudan.

The photo above was taken in Doro Refugee Camp in Maban – the region I told you yesterday is badly hit by floods.

The flood caused houses to collapse, and refugee and host community families lost their belongings.

During the flood, families ran to schools on higher grounds to take shelter and to protect their children from the high water levels. Educational activities were put on hold as the school buildings were occupied by the families.

However, teacher Emad Rabi Daffalla in Doro camp decided not even floods should stop school!

He mobilised his learners, and created space in one of the classrooms which was still occupied by households. He reminded his learners of the upcoming national Primary Eight exams, and encouraged them to come back to school.

Emad has inspired other teachers in the camp to continue with teaching as well, and is advocating for families to leave the school facilities so education can take place.

You know through our ALWS GRACE Project how precious education is for refugee children. No matter what happens, education is a gift no one can ever take away.

Emad’s example shows you the LWF team you support works as hard as you do to make sure these children don’t miss out on education. Thank you for supporting them!

If you want to support our ALWS response to the flood crisis in Maban, and other vital work in South Sudan, simply donate here. Thank you!

Our Lutheran HQ in Maban region in the north east has been washed out by floods.

The deluge has also severely affected our Lutheran-led work in schools for children inside the camps for displaced people.

Here is what Matendo Lokiru Yohana, our LWF Co-ordinator in the region, shared with us:

This is to let you know that we are experiencing flash floods in Maban, South Sudan following rains in Ethiopia.

The floods have inundated the LWF Maban compound, the airstrip and roads, forcing staff to seek temporary refuge at the UNHCR Compound.

The floods have rendered the camps and surrounding villages of host communities inaccessible since some sections of access roads are still fully flooded. As such, no reliable assessment of the impact on refugees and hosts has been conducted so far.

However, our team has been in touch with refugee staff who report:

Damage to the compound noted so far by the LWF team in Maban:

On your behalf, ALWS has already assured the LWF team in South Sudan that we will find extra support for them during this flood crisis, as they work to restore access to the camps.

Our immediate ALWS-supported action is planned to include:

To help the team you support in South Sudan to recover from the flood damage, so they can get back to helping children go to school, and support other vital work in South Sudan, simply donate here. 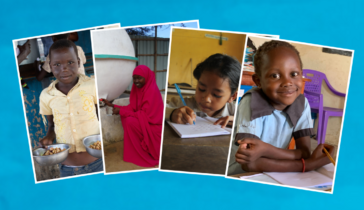