published in Earthquake • Emergency on August 16, 2021

On 14 August 2021, a 7.2 earthquake hit Haiti, the poorest country
in the northern hemisphere. Through ALWS, you restore life…

Media is reporting 17 Christian missionaries from United States, including children, have been abducted after visiting an orphanage they were building in Haiti.

This follows an increase in gang violence across the country.

The LWF team overseeing delivery of your ALWS earthquake emergency aid through the ACT Alliance has told us:

“The operating environment is extremely difficult, which creates delays,

but the team is persevering and present on the ground.

They are receiving psychosocial support themselves

in the light of the highly stressful context and demands of the response.

We are grateful to them for their dedication and hard work.”

Thanks to the generosity of people like you, ALWS is able to commit $50,000 to the Haiti Emergency Response through ACT Alliance. This is DOUBLE what we planned – thank you!

Through ACT Alliance, your work continues in:

If you would like to support this ongoing recovery work: 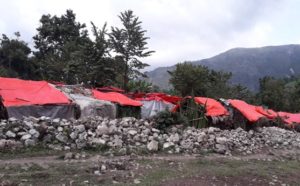 How you help survivors of the Haiti Earthquake

Through ALWS, you join a worldwide response of churches through the ACT Alliance. 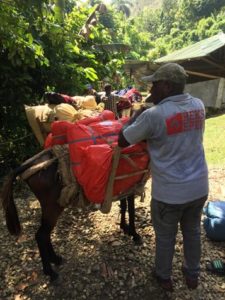 Transport of aid supplies to worst-hit regions can be challenging! Photo: ACT Alliance

Your ALWS help is targeted to:

Your specific help planned to include: 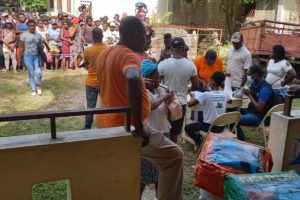 Prospery Raymond is Director of LWF Haiti, our ALWS partner in delivering your ALWS aid, following the 7.2 earthquake on Saturday 14 August.

Two days before the earthquake struck, Raymond was staying in a hotel that collapsed during the quake. A survivor of the devastating 2010 earthquake in Haiti, Raymond was again personally affected by the disaster:

“Both the Catholic churches, where I was baptised

and received my First Communion were heavily damaged

and my grandmother’s house was completely destroyed.

The area is still reeling from more than 500 aftershocks

– some as strong as the original quake –

that make it hard for the rescue efforts.”

“The first steps we took were to gather information,

to advise people about where to find shelter and protection.” 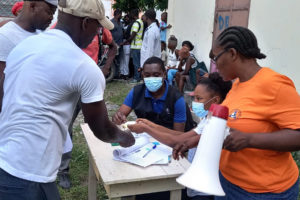 Working through experienced on-ground partners like LWF, NCA and DCH helps make sure your ALWS aid is targeted, efficient and effective – even when natural disasters create so many challenges.

and to distribute hygiene kits. We have a truck with water filters,

and people working in the worst affected communities,

Your support is critical in repairing water systems to prevent an outbreak of cholera.

Situated in a hurricane corridor and on a continental rift, Haiti is prone to natural disasters.

However, Raymond says that climate change is causing worse storms and more unpredictable weather patterns, including increased droughts and flooding.

Your support is critical in repairing water systems to prevent an outbreak of cholera.

LWF has served in Haiti since 1995, and now cooperates with NCA and DKH in a joint  program to share resources and reduce costs, in a country that ranks as the poorest in the northern hemisphere.

Your help in this earthquake is part of a worldwide response of churches through the ACT Haiti Forum. Funds are urgently needed to start building houses to replace the 80,000 homes that were damaged or destroyed by the quake.

“Some people are desperately trying to patch up their houses,

but they run the risk of the buildings collapsing on them.

and are better prepared to obtain the necessary government permits.” 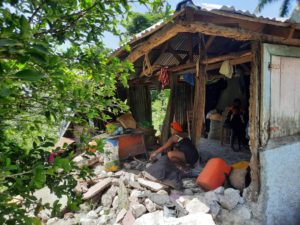 People struggle on as best they can in the rubble of their homes. Rebuilding costs are around $6,500 per home in Haiti.

There is a strong sense of solidarity among Haitians themselves, Raymond says, with many people responding to a call for blood donations to treat the injured.

“I’m a donor myself and I’ve been encouraging others as well.

Haitians helping Haitians, not just relying on help from outside.”

Experience shows that girls and women may face increased risk of suffering violence during and after natural disasters. Therefore, a special focus of the LWF team you support is preventing this:

“We work to inform people of the risks, to mitigate

by reducing proximity and setting up separate toilets for women.

It is also important to sensitise people to this issue

and let them know how to respond, if necessary.”

Your kindness and generosity through ALWS can support the life-renewing work of the LWF team that Raymond leads.

“Donations are really important to us,

as they will make a real difference to people’s lives.

Right now people are scared, and I often feel scared too,

but our work offers hope and dignity, to empower people

and to show how we can live out our faith through action.” 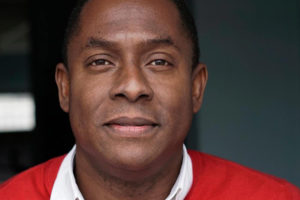 This update is based on report from LWF/P. Hitchen

Tragically, the toll from the 7.2 earthquake in Haiti on Saturday 14 August continues to grow. Latest reports state: 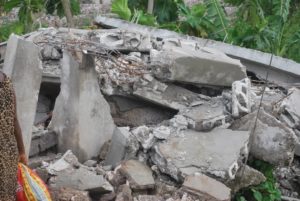 According to the Haiti Civil Protection Agency, more than 600,000 people need humanitarian assistance. Tens of thousands of people are homeless after their houses were destroyed.

The Prime Minister of Haiti, Ariel Henry, has declared a one month state of emergency:

“Haiti is now on its knees. The earthquake

that devastated a large part of the south

of the country proves once again

our limits, and how fragile we are.”

As a Christian aid agency, ALWS too is on our knees as we seek God’s guidance in how best we take your care to people hurt by the earthquake in Haiti.

ALWS partners with LWF Haiti, working through the ACT Alliance of churches from around the world, joining together to serve people in need. 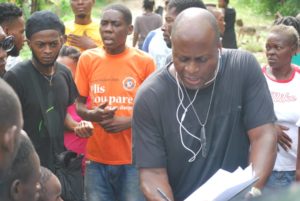 ALWS has stepped out in faith and plans to commit at least $25,000 to the emergency response in Haiti. Rapid Assessment Teams, like the one you see here, identify the highest priorities for action.

Your help is planned to be delivered as a Survivor and Community-Led Response, including using a community cash grant mechanism.

Safe water is a critical priority. Ongoing tremors mean people are too scared to sleep inside if their homes managed to survive the quake. Tropical Storm Grace has brought flooding rain, and there is increasing danger of deadly cholera and other water-borne diseases.

Your ALWS action to help people in Haiti hurt by the earthquake on Saturday 14 August remains critical. As more collapsed buildings are searched, the hurt to human life grows:

The Haiti earthquake has destroyed or damaged more than 12,000 family homes. Here in Marceline, 2eme section, you can see the extent of the damage.
Photo: Agronome Yvener (AHAMESS)

ALWS partners with LWF Haiti, working through the ACT Alliance of churches from around the world joining together to serve people in need.

ACT Alliance partners in Haiti have extensive experience working with local communities, including after previous natural disasters. The house you see below was part of an ACT Alliance effort after deadly Hurricane Matthew in October 2016. 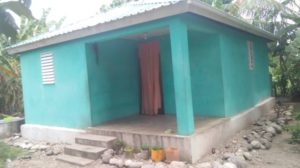 As you can see, the ACT Alliance-built house survived last week’s 7.2 earthquake …

… and in fact is one of many such ACT Alliance houses now offering shelter to neighbours whose homes were destroyed.

As the world focuses on the crisis in Afghanistan … and as Australia battles COVID-19 and faces extended lockdowns across the country … it’s vital the people of Haiti aren’t forgotten.

By reading this update, you show your care for those who have lost so much – thank you! 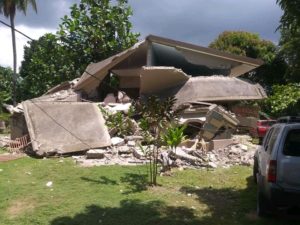 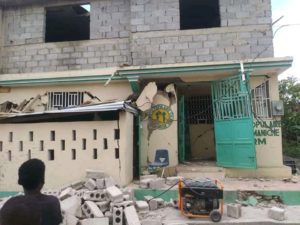 WHAT IS NEEDED NOW 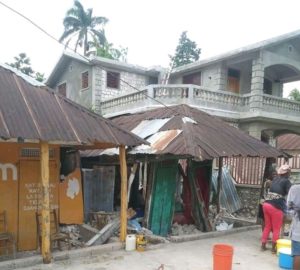 Your support is a blessing now, and ALWayS. Thank you.

A devastating 7.2 earthquake that happened Saturday morning in Haiti.

Early reports put the death toll at over 700.

However, this quake was stronger than the one in January 2010 that killed more than 200,000 people. So, fears are the toll will rise. 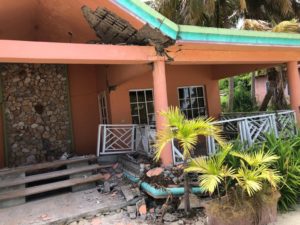 Our ALWS partner in Haiti is LWF (Lutheran World Federation).

LWF is part of the ACT Haiti Forum (Action by Churches Together) who met Sunday 15 August to assess the best way to help. The most urgent needs already identified include:

ALWS has stepped out in faith and hopes to commit at least $25,000 for the Lutheran-supported team to respond as soon as the Haiti Government seeks help in the disaster.

Already the ACT Forum in Haiti :

What you may not know is that Haiti is the poorest country in the northern hemisphere.

Even before the earthquake, six million people

struggled to survive on less than $4 a day.

Increasing the danger now is the fact that Haiti is regularly vulnerable to tropical-storm-force winds and heavy rain, which can trigger life-threatening flash floods and landslides.

LWF played a vital role in response to the 2010 earthquake, putting to work more than $560,000 worth of aid from the ALWS family in Australia.

The LWF team’s heart is for the people, their professional skills are proven, and their commitment evident in their hard work. They will again play a lead role in the worldwide churches’ response through ACT Alliance.

The LWF Haiti team has supported those in most need with:

Following in the footsteps of Jesus, focus is on those in danger of being forgotten by the world. 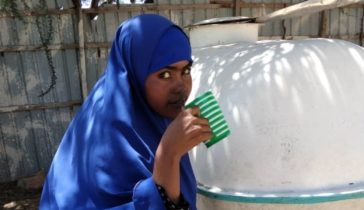 You help a child in Somalia forced from home by drought and...