Bob Geldof, an old Tory, and the miracle of Lutheran love

Dr Brian Neldner reflects on a powerful moment in the history of Lutheran support for people in need – and how our little Lutheran church does amazing things with God’s help!

Here, Dr Neldner reflects on a powerful moment in the history of Lutheran support for people in need – and how our little Lutheran church does amazing things with God’s help! 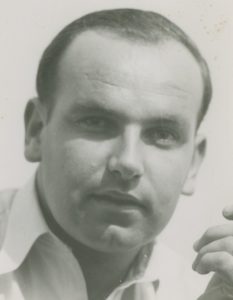 While reading the October 2020 issue of The Lutheran which celebrated 70 years of support through ALWS, I was interested to see the reflection by Assistant Bishop Stephen Schulz after his visit to Kakuma camp in Kenya. In the article, he made reference to the miracle of the feeding of the 5,000.

I too had such an insight experience in 1984. Early in that year Lutheran World Service (LWS) had initiated an ecumenical action to address the critical and deepening famine in eastern and southern Africa.

It was estimated that up to 150 million people would be affected.

It would come to world attention through the ‘Live Aid to Africa’ concerts in July 1985 promoted by the singer-song writer Bob Geldof.

Our initiative was launched in March 1984, sponsored by LWS, Caritas Internationalis, Rome, and the World Council of Churches (WCC) and their respective related national agencies, under the title ‘Churches Drought Action in Africa’ (CDAA).

A drop in the bucket?

At the inaugural meeting, the Chairman insisted that we set a target for our appeal and it was agreed at $100m over an eighteen month period, over and above the ongoing programme of aid of these agencies estimated at $370m per year.

Some feared the aim was too high, others felt it might be just a drop in the bucket.

But we announced the appeal, and called on UN agencies and governments to respond to these dire needs in Africa, before it was generally acknowledged to be so.

We insisted that we would not form a new organisation, but would work through existing church structures, which were in many instances the only existing structure  in place down to the village level with international connections to the individual village congregations.

We also set out divisions of labour to avoid duplication, so each church family would concentrate where it could work best. Food in kind and funds for ocean transport and inland distribution were the main requirements.

I was appointed CDAA Coordinating Secretary – a daunting extra task in which I would be aided in the next two years by an agriculturalist (Leo Siliamaa of Finland), a trilingual admin assistant, and a consultant well-versed in UN procedures and agencies.

There were only two main sources of food – United States International Aid Programme (USAID) and the then European Economic Community (EEC). It was agreed that a senior executive of Catholic Relief Services, New York, would negotiate with USAID and I would negotiate with the EEC as I had just recently been elected chairman of the NGOs Emergencies Committee to the EEC.

To do that, I had to front up to the Development Committee of the European Parliament, comprising some thirty parliamentarians, chaired by a crusty elderly nobleman, a Tory MP from the UK, who was known not to take Non-Government Organisations (NGOs) too seriously.

I was aware that many of the members were more positive to NGOs, but in the nature of such a hearing the major exchanges would be between the chairperson and myself.

Part of our calling

After preliminaries, the chairman immediately asked why the NGO agencies were coming to the EEC when they had been raising plenty of money (and making noise) in recent times regarding food aid.

I responded that this was clearly beyond our capacities as church agencies, and as church agencies we had sound information on the ground in the countries affected as to how serious the situation had now become.

He again asked why the churches agencies – could not secular agencies do the job?

I explained that we had capacity on the ground through our congregations and that we had consulted with our secular co-operating agencies before coming to this joint action, and that as church agencies it was part of our calling to help those in need whoever they were.

The chairman quipped that he didn’t need to be lectured on the church and the gospel. He had a chapel on his estates and always read the lessons himself when he was in residence. I was a little taken aback – he also sounded like a sceptic. 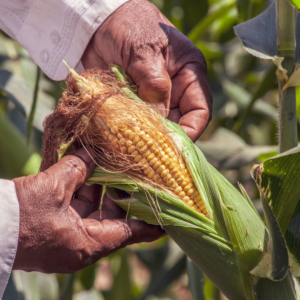 Sharing what we have

It was well known that at the time there was much surplus grain in Europe, so much so that there was talk of a ‘corn mountain’.

I suddenly remembered  a morning devotion at the recent LWF Assembly in Budapest on the miracle of the feeding of the 5,000 given in a convincing manner by a Swedish bishop: it was all about sharing what we have and having faith.

I made this point in response, and made reference to an article in the Economist several weeks earlier projecting that it would take up to five years for the surplus to be deposed of commercially given the current crop productions in the grain belts of the world.

The costs of storing would be such that it could exceed the amounts required to ship the grain to Africa and cover our distribution costs which we estimated at just over $200 per tonne. Much of the grain was stored in unused hangars at second world war air bases, including in the UK.

Thus the approximately one million tons of grain needed was available, and could be distributed to the starving people of Africa by sharing, without additional cost, if the resources available were shared with them, and Europe would not go short.

The chairman responded that I had made a valid point, that he had no further questions, and as there were no questions from other members of the committee, I was dismissed.

Food to feed the greatest need

In due time we received the food to feed the people in greatest need and the EEC all but matched grants made by the US which together made up more than 90% of the total required.

I came away from the encounter convinced that the Good Lord had put the right words into my mouth at the right time, and 36 years on I am still of that conviction.

In my final report to CDAA Consultation in Dakar, Senegal, in April 1986, I wrote:

“.. the results of the two-year coordinated response to the Africa drought have resulted in resources valued at $525m which have been administered by church networks.

This represents approximately 17% of the total international aid provided in Africa in 1984 and 1985”.

By far the largest recipient country was Ethiopia, the most seriously affected country, and to many of us involved, it was truly a miracle in our time.

This Gift of Grace helps a family start their own home veggie...